Did You Drink Contaminated Water at Camp Lejeune? Get Compensation Now.
Share

Did You Drink Contaminated Water at Camp Lejeune? Get Compensation Now.

If you lived  at Camp Lejeune Marine Corps Base for 30 days or more between August 1953 and December 1987, you were likely exposed to contaminated water containing toxic chemicals. Many marines, sailors, their family members, and civilians who worked on the base have suffered terrifying and debilitating illnesses due to these toxins.. Because of governmental immunity and North Carolina’s statute of repose, victims have long been left without any recourse; however, On August 10, 2022, President Biden signed the Sergeant First Class Heath Robinson Honoring our Promise to Address Comprehensive Toxics (the “PACT”) Act. This bill encompasses the Camp Lejeune Justice Act of 2022, but also more broadly gives veterans who suffered while on duty rights they did not have previously.

Specifically, the Camp Lejeune Justice Act of 2022 gives victims the right to receive compensation for the harm they suffered as a result of exposure to contaminated water.
If You Have Any of These Conditions, You May Have Been Exposed to Contaminated  Water at Camp Lejeune:
· Non-Hodgkin's Lymphoma.
· Bladder Cancer.
· Liver Cancer.
· Esophageal Cancer.
· Kidney Cancer.
· Breast Cancer.
· Hepatic steatosis
· Female Infertility.
· Miscarriages.
· Leukemia.
· Lung Cancer.
· Multiple Myeloma.
· Myelodysplastic Syndromes.
· Neurobehavioral Issues.
· Aplastic anemia.
· Parkinson’s Disease.
· Scleroderma.
· Renal Toxicity.
If you served or worked at Camp Lejeune between August 1953 and December 1987 and have been diagnosed with one or many of the listed conditions, you may be entitled to legal remedies. If you believe this may be you, the Fort Lauderdale Mass Tort Lawyers at BK Law can help. 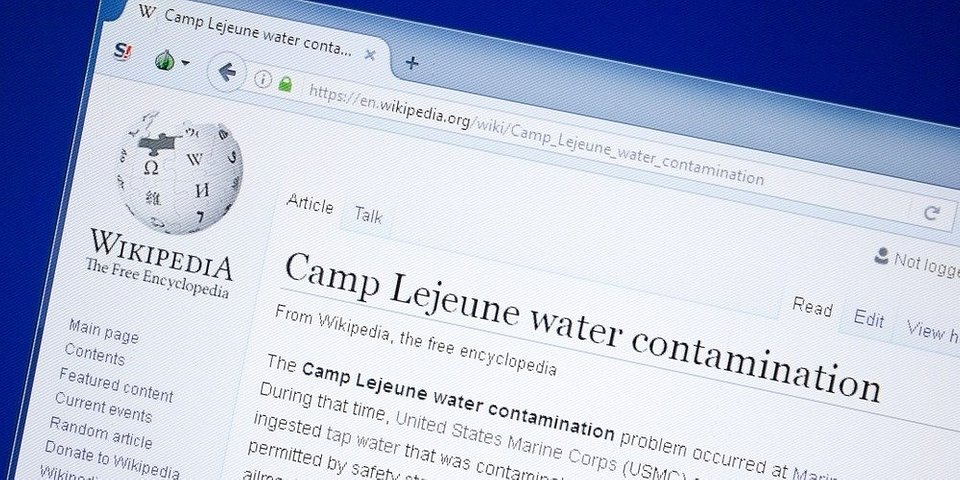 What Was in the Water at Camp Lejeune?
Testing of the wells at Camp Lejeune confirmed that between August 1953 and December 1987, the water supplied on base contained a number of toxins and chemicals, including Trichloroethylene, Mercury, Vinyl Chloride, and Benzene, in addition to chemical waste. These toxins have been linked to several serious conditions listed above and have affected not only service members, civilian employees, reservists, and guardsmen, but also their family members and descendants. It is estimated that more than a million people were affected by this contamination.
Are You Eligible for Compensation?
The Camp Lejeune Justice Act of 2022 was created so that individuals who are diagnosed with one of the aforementioned cancers or diseases due to the toxic water contamination at Camp Lejeune can receive compensation. To receive compensation, certain eligibility criteria must be met:

- You must also be able to provide documentation proving that you or a family member contracted an illness.
If you are unsure whether you meet the criteria to file a claim, talking to a Fort Lauderdale personal injury lawyer can help you understand your options. BK Law Firm is currently assessing individual claims to determine their eligibility for compensation. If you would like to know whether you qualify, the personal injury and mass tort lawyers at BK Law can help.
Can I Sue for Injuries Sustained as a Result of Contaminated Water at Camp Lejeune?
The Camp Lejeune Justice Act of 2022 allows qualifying victims to bring a personal injury lawsuit against the government. Defendants include the military and two water plants allegedly responsible for supplying water containing chemical substances and waste. Plaintiffs allege that multiple parties were aware that the water was contaminated and failed to take action to fix it.
Contact BK Law Today to File a Claim
If you or your family members were diagnosed with any of the aforementioned cancers or diseases and lived at Camp Lejeune for 30 days or more between August 1, 1953, and December 31, 1987, the experienced personal injury and mass tort lawyers at BK Law are ready to help. Contact us today to schedule a consultation.

Approximately 6,000 lawsuits have been filed against 3M, the manufacturer of the Bair Hugger Warming Blanket, a surgical device intended to maintain a patient’s body temperature during surgery. The lawsuits allege that the device caused serious bodily injury or, in some ...

On June 30th, 2021, the U.S. Food and Drug Administration (FDA) announced a product safety recall for Philips Respironics CPAP breathing machines. The product in question was largely marketed as the Philips DreamStation CPAP machine. You may also hear the medical device ...

According to a report from Courtroom View Network, a jury in Florida has issued a $1.5 million verdict in a tobacco product liability case. The plaintiff, a man named Jimmy Hancock, was a life-long smoker who passed away in 2009 after developing chronic obstructive pulmo...